I hoping for a updated version.

Staff member
Super Moderator
Have you heard THIS one?:
Bianci at least poses the question, if not outright suggests it, "If the Gator beat FSU this weekend, would Foley change his mind and rehire Muschamp after all?" He cites the "outpouring of love and admiration that has poured from Foley, Machen and all the upper echelon UF administrators" regarding Coach Will since the announcement of his leaving after the final game, and goes on to list other supposed factors, like what our record will be and what it "COULD have been", nearly was, and that it "has to be considered a real improvement over last year's 4-and-8", etc...
Of course, never mind MY opinion--gotta figure "No friggin WAY!!!" Foley then looking like an indecisive fool who's STILL looking for some excuse to keep his hand-picked Coach, that alone would seem to preclude it even being considered. Anyway, the "outpouring of love"--and ALL the nice things that have been said, even the ones that are hardly disputable--fall into the category, "safe enough now that we know he'll be gone". The only thing less likely than Muschamp being rehired after this weekend is Spurrier being lured back to replace him.
I think it is pretty damn safe to say NEITHER of these are going to happen.

Staff member
Super Moderator
Can't help myself regardless...As far as the game itself and what it'd mean to us at this point, about all we have left to leave us all, Muscahmp included, with some kind of satisfaction and joy now would be to see us beat the f*ckers, ruin their perfect season, maybe even cost 'em their place in the "Football Final Four" entirely right at the end here--although this last is the least important of the possible consequences...I'd be MORE than happy with the win and the reminder to one and all, nationwide:
"We're not THAT far from being great again: This reptile still has a wicked bite!"

Personally, I think you're being unfair to "dirty sluts" everywhere.
(For eg., I recall a number of trips to Daytona Beach...)

Moderator
What you hate about FSU - University of Florida: 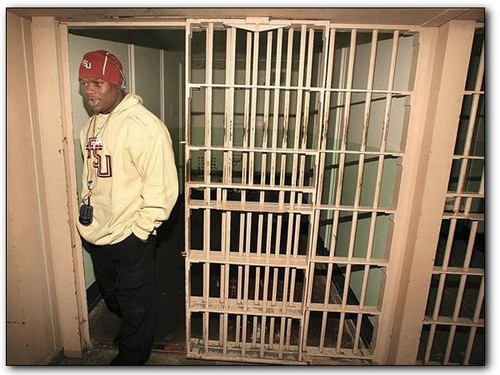 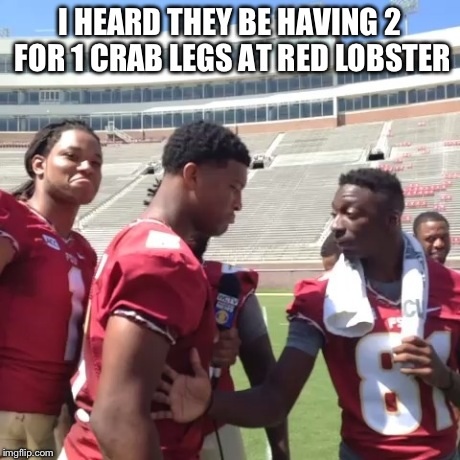 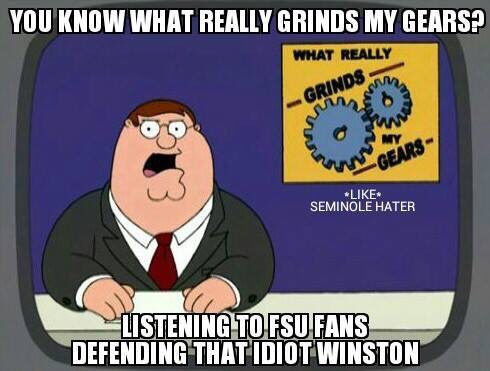 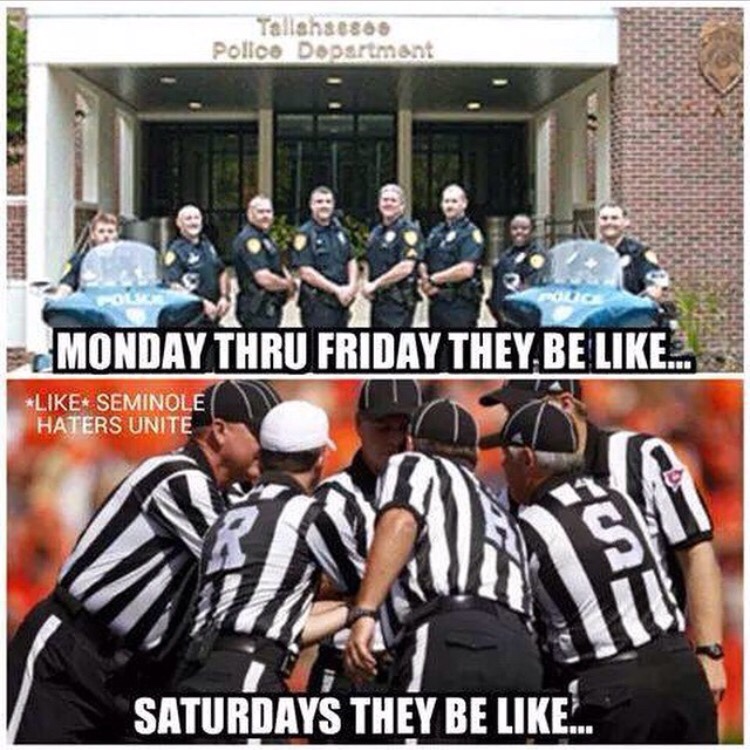 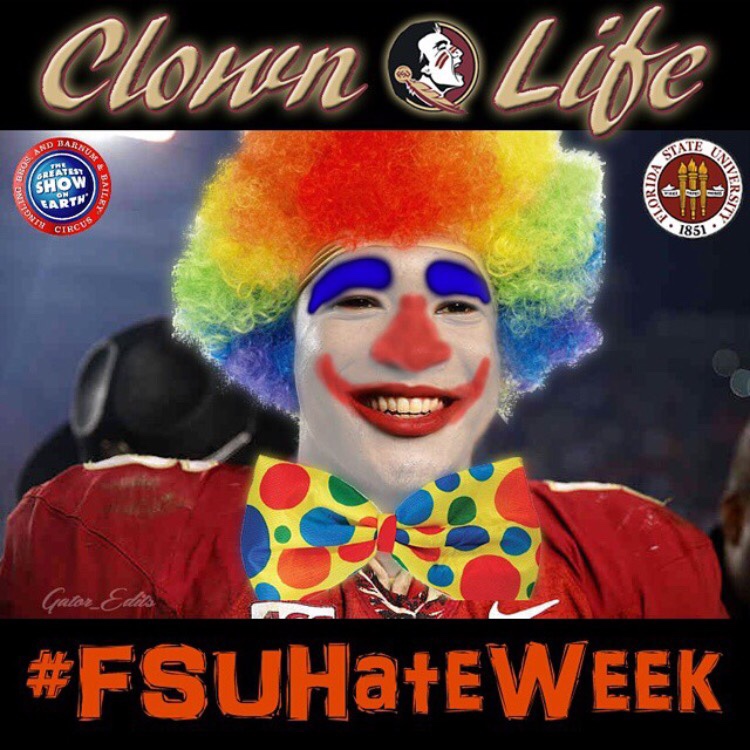 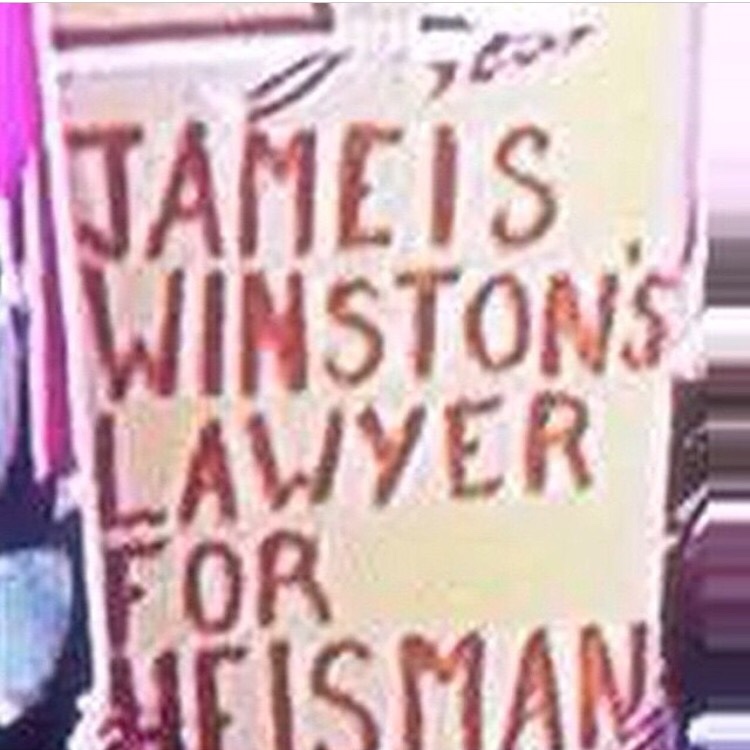 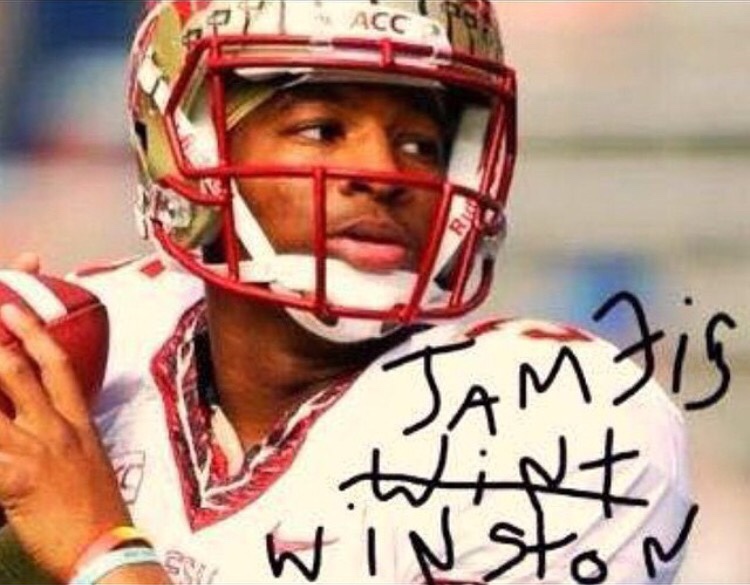 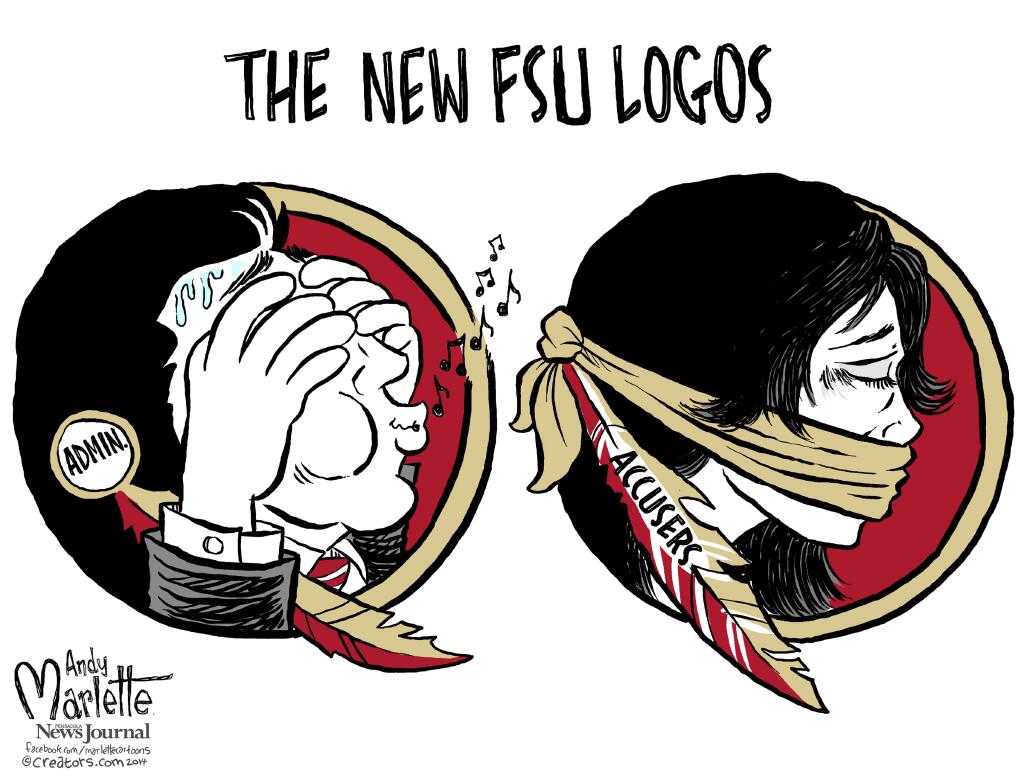 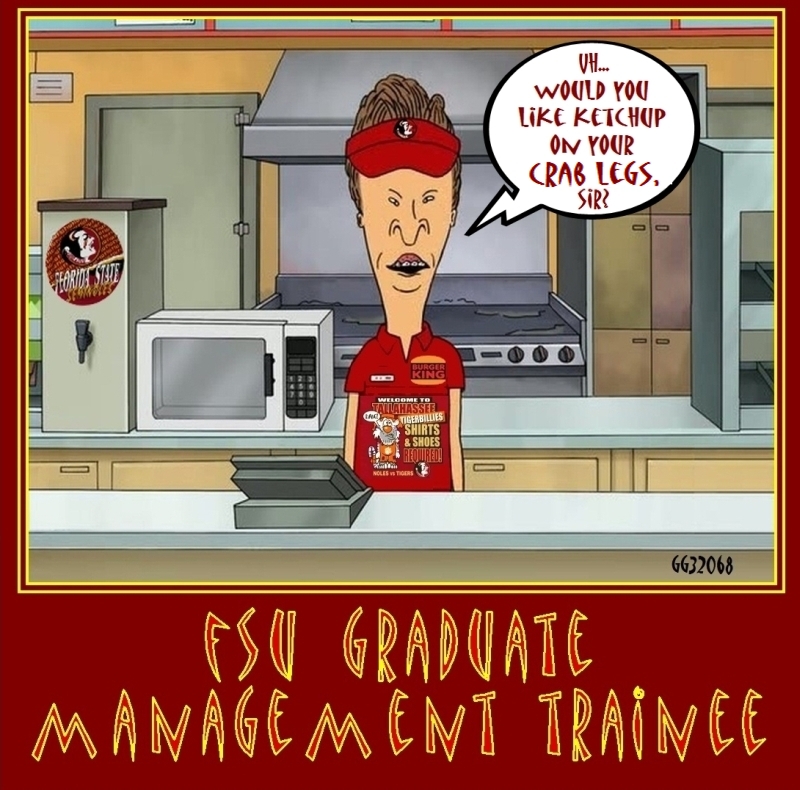 Moderator
As much as we were frustrated or disappointed with William Larry Muschamp, we should root for the guy to get a win in his last game as head coach of the Florida Gators. This weekend, I'm with Champ! 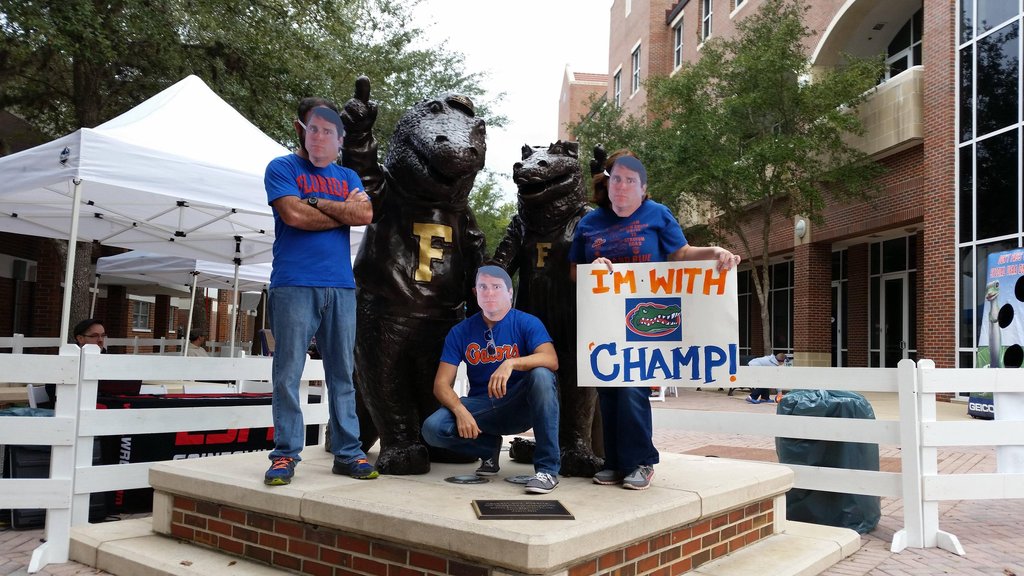 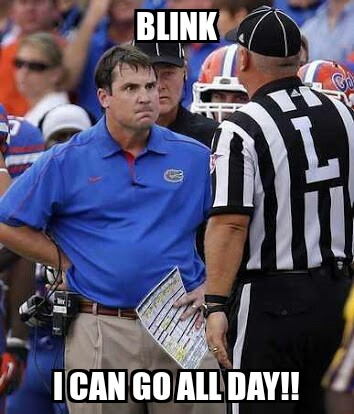 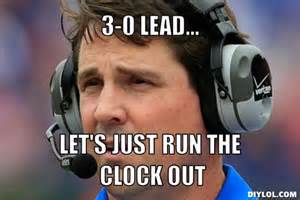 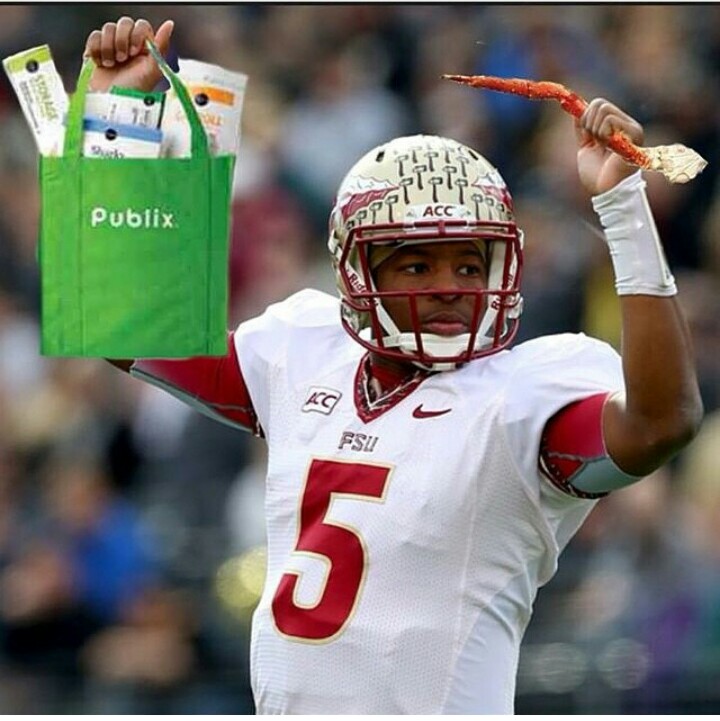 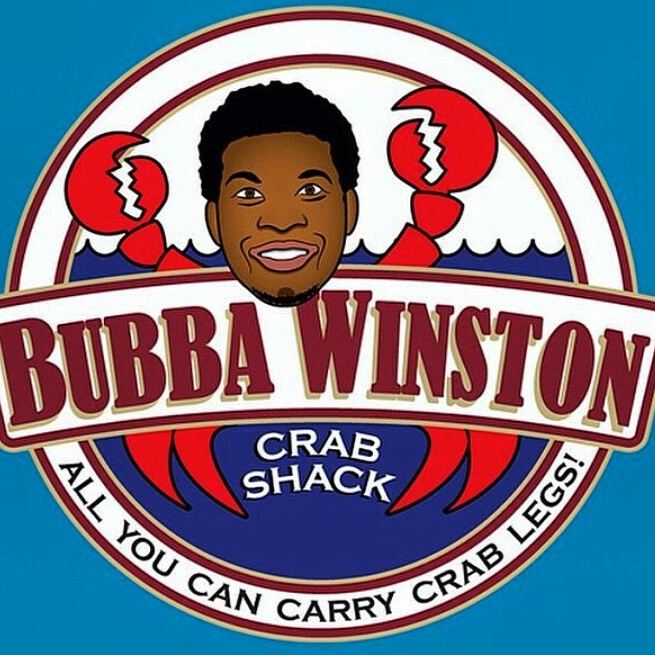 Oh yeah--Maybe the Dark Side has already won in college football, but of the two friends' separate paths, you'd like to see Muschamp's efforts at least somehow give all of us some sense of balance and satisfaction in this, his swan song.
Which is really a reaching-for-it, come-up-with-SOMETHING rationale for the simple, gut-level longing to see us just rip their asses, break their hearts, hopes and dreams--at their place, on national TV, to end what has been otherwise for us a season of bitter let downs and missed opportunities.
Ready for a li'l "Dark Side" ourselves, I guess...Likely give us a whole lot more joy than whatever might happen in some minor "Embarrassment Bowl" (which, despite my carping about "maybe we should skip it, for the sake of pride and dignity", we will HAVE to accept, and be glad of, not for the money but for the month-extra practice and visibility it'll afford us going into 2015). 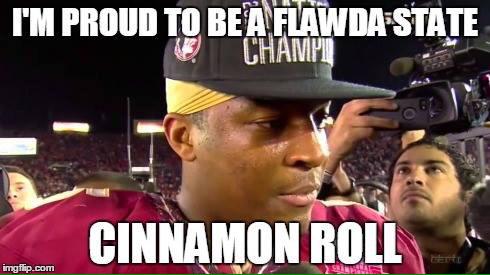 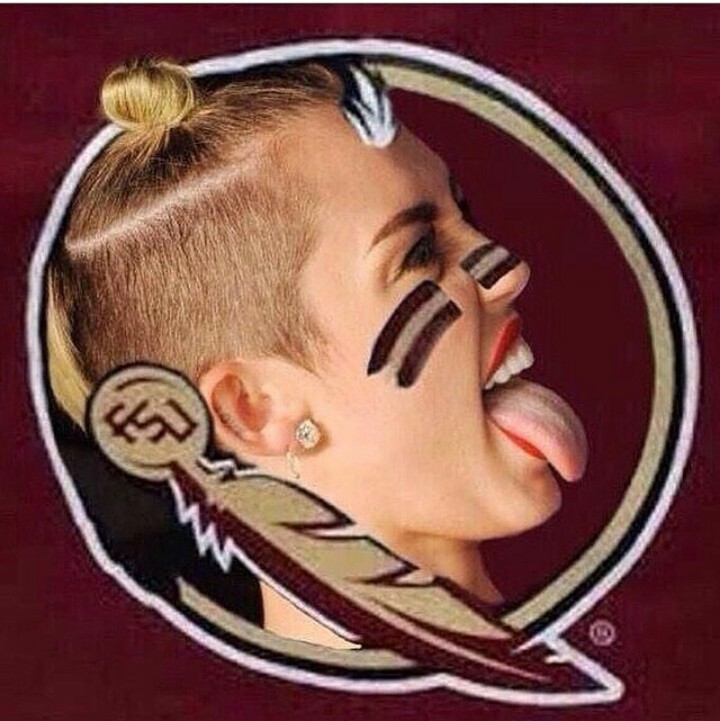 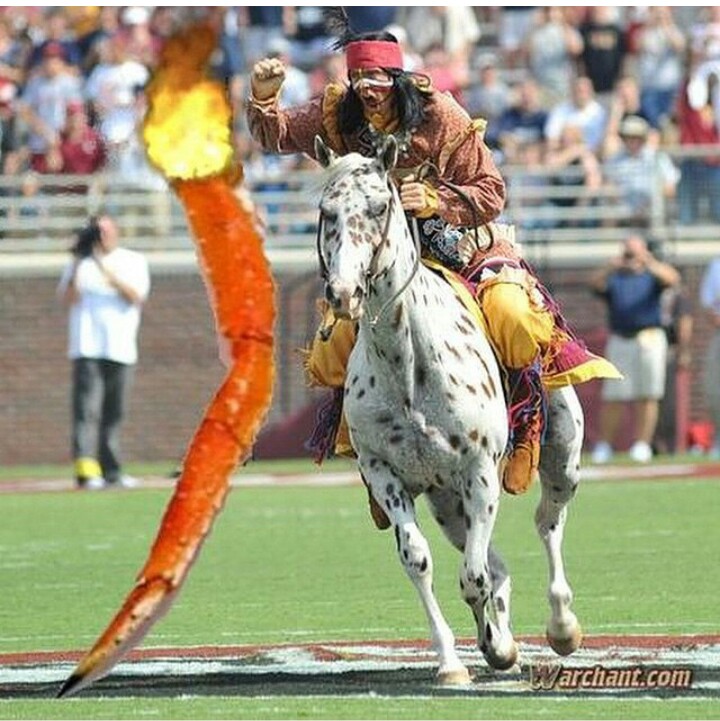